The Upper Chichester Library was founded in 2001 by two local boy scouts, George and Greg Daniels, who collected over 10,000 books and established the library in its present home today at The Willowbrook Shopping Center. After 18 years of service to the Upper Chichester Community, the library is still an independent, public library.

To provide educational and literary resources, cutting edge programs and current technology which enhance, and enrich library members and the community at large.

We are a public resource, community education and information center.

To establish ourselves as the acknowledged educational community center providing lifelong learning for all ages.

Our credo, resources and programs embrace the American Library Association’s Bill of Rights, which gives access to diversification of ideas and intellectual integrity.

Library Board of Trustees 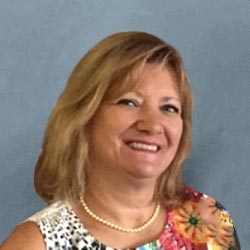 Board President, The Upper Chichester Library

Dawn has been the President of the Upper Chichester library since its inception 21 years ago.  Her sons, George and Greg Daniels, instituted this very first library in Upper Chichester as their Eagle Scout project when they were 14 and 16 years old. They remembered going to the Marcus Hook library at a young age and wanted their township to have their very own library too. Dawn has watched the library grow and bloom into something very special and is gratified that it can now compete with most of the other libraries in Delaware County.

Dawn is also a licensed Realtor in both Pennsylvania and Delaware for the past 15 years where she has sold residential and commercial properties during this time.

Nicole S. Whitaker, who is currently serving her third term on the Upper Chichester Board of Commissioners, was first elected in 2009, becoming the first African-American woman to be elected to the Board. In January 2012, Nicole was elected President of the Board and served two years in that position. Nicole currently chairs the Township’s Recreation, Library, and Historical Society Commissioners Committee, serving as the Township’s Liaison to the latter two.

Nicole was raised in the Twin Oaks section of Upper Chichester. She has one daughter, Jadyn, and was recently married to Erik Robinson in August of 2015. Nicole is a member of Mount Pleasant Baptist Church in Twin Oaks.

Nicole began her public service journey in 1994 when she volunteered for a Rape Crisis Center. Over the years she has volunteered for the March of Dimes, Red Cross, and the American Cancer Society, among others. 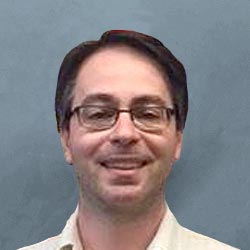 Board Treasurer, The Upper Chichester Library

David Houtz, CPA, CFP® has been the treasurer of the Upper Chichester Library since 2017. His duties include making sure the financial statements accurately reflect the transactions of the library and preparing the annual tax filings. David is a local accountant who performs bookkeeping for small businesses, prepares individual and company tax returns, and provides financial and tax planning services. He has been a member of the Chichester Rotary Club since 2010 and a member of the Chichester Business Association since 2017. 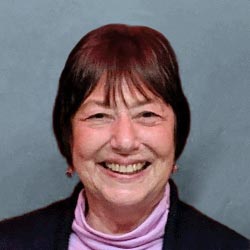